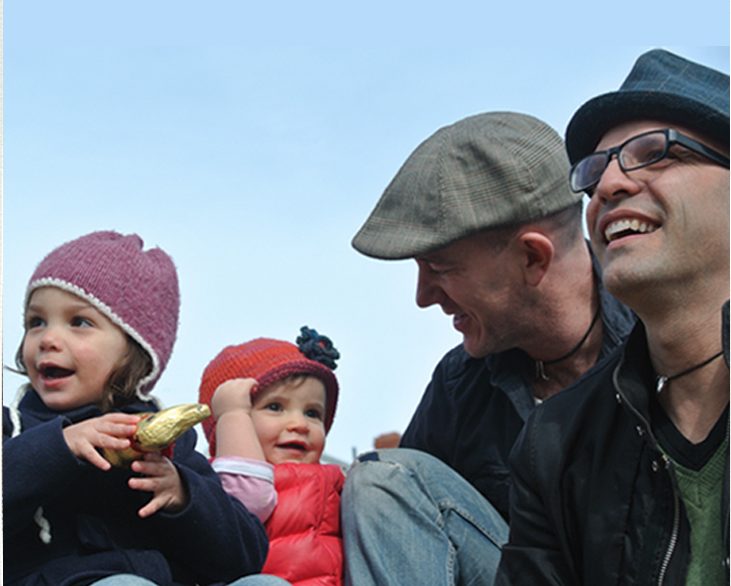 The Guys Next Door poster
(photo courtesy of A Squared Films)

The Guys Next Door, an award-winning feature-length documentary film features Erik and Sandro, whose friend Rachel offers to be a surrogate for their two children. Although filmmakers Amy Geller and Allie Humenuk are not anthropologists, their film sparks conversation about core anthropological issues of kinship, social networks and gift giving, gender roles and parenting.

Amy and Allie have created a touching portrait of family life that humanizes the lives of lesser seen same-sex parents. In this episode, they discuss how their film shares in the conversation of what family is, and how, while family structures may change, family life is often surprisingly unsurprising.

For more information on the filmmakers: More information on The Guys Next Door and the material discussed in this episode:

Boston Globe article on the cast behind the documentary: https://www.bostonglobe.com/lifestyle/2016/06/12/giving-birth-multiple-families/81fA7Mx8wgon8JZuv49QbO/story.html

Organizations and other resources about family, LGBTQ issues, and surrogacy: The Family Polaroid
(photo courtesy of A Squared Films)

COLAGE: A community of people with one or more LGBTQ+ parent: www.colage.org

*Featured image “Sandro, Erik, and their daughters” courtesy of A Squared Films